Vietnam has over 3, 444 km of coastline, from rugged wave beaten cliffs to dazzling palm fringed white beaches. Bombora Surf Company decided that there must be more to Kiteboarding and surfing than Mui ne, a once quiet fishing village tucked into a protected bay in S. Vietnam.

With that in mind we set out via bus, motorbike and the good old fashioned, never to be underestimated feet on the search for something a bit different. Armed with flaky stories from the trailblazers of yesteryear our destination was Phan Rang and the anticipation of what we might find there was pretty high. There was talk that folks had kited and surfed waves so big and clean that you thought you had been sucked through a worm hole and reappeared on one of Indo’s legendary breaks, water that you could actually snorkel in and see to the reef below, not very easy to find in the East Sea.

We took along Win, Vietnam’s premiere Kitesurfer and all round water magician who took to the task, well like a duck to the wet stuff. This film is the result of our search, a short incite into what this coastline and people have to offer if your willing to just get up and search for it. 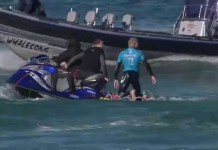