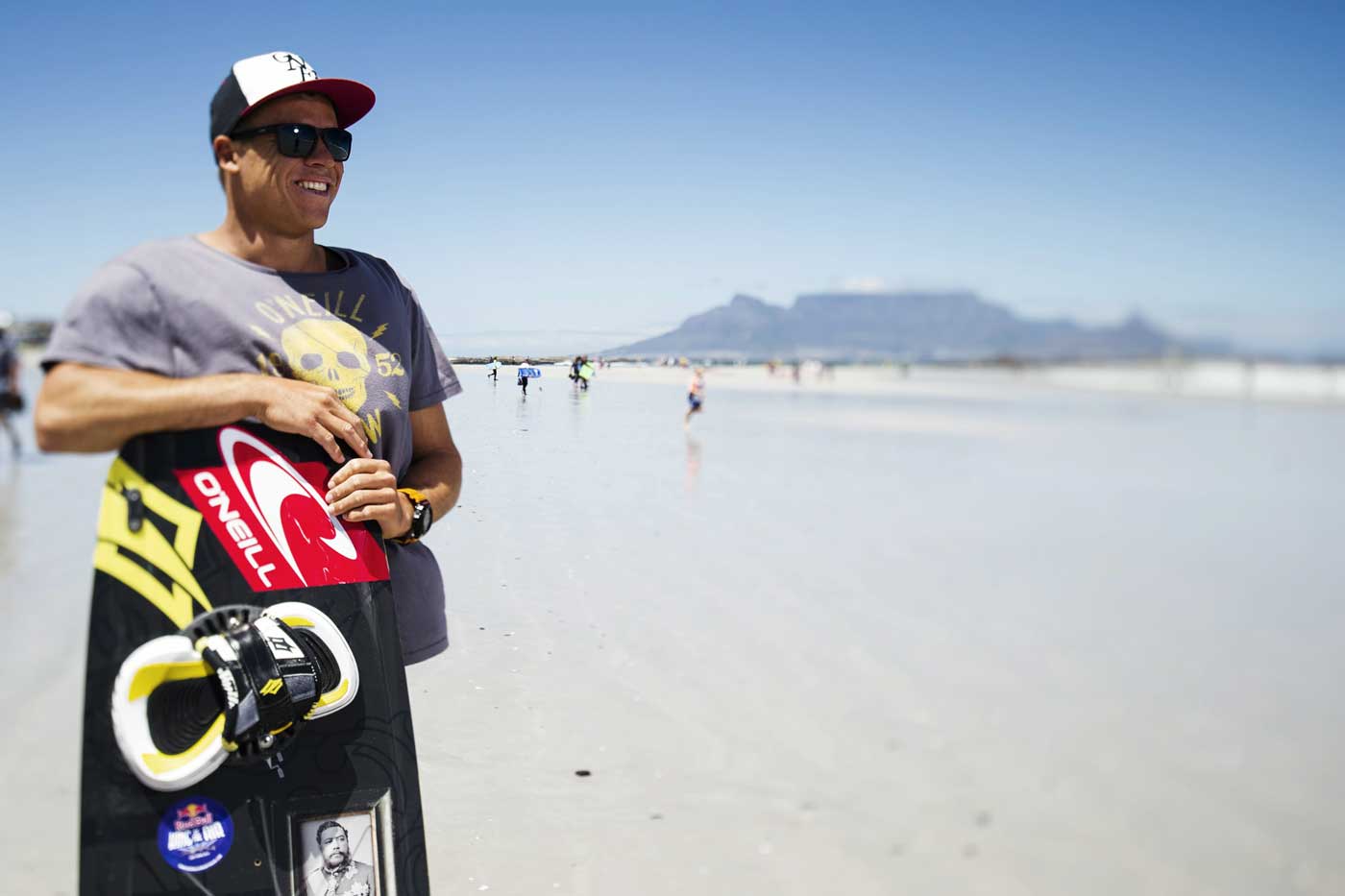 We met Kevin Langeree, one of the last King of the Air, during the 2016 Red Bull KOTA’s waiting period.

KS – During your kitesurfing career, you have travelled the world, won many competitions including the PKRA and the King of the Air. Where do you see yourself going forward?

KL – I love competing; it’s been a huge part of my life. Since a little kid I have always loved competing even before I started kiting. For now I am just trying to go in all different ways, I like to do the competition side but I also like the movie side of it, like making all sorts of nice clips. I would also like to continue travelling the world and kiting in all the most insane places.

KS – What has been some of your more recent career highlights?

KL – I’ve been doing a TV show called Spartan X and that was something I’ve never really done before so it was really cool to be a part of a TV show. We were put completely out of our comfort zones, where they put us in a castle in Hungary and I was competing with 12 other professional athletes. We had to do all sorts of different sport-like games and that was very challenging but cool.

KS – You won the KOTA in 2014 and last year you came 2nd. With the competition day approaching are you starting to feel the pressure?

During the contest I try not to put too much pressure on myself because if you do that then something can easily go wrong. I know what I can do, I know what I am capable of, so I am just going to go out and do what feels good and hope for the best. 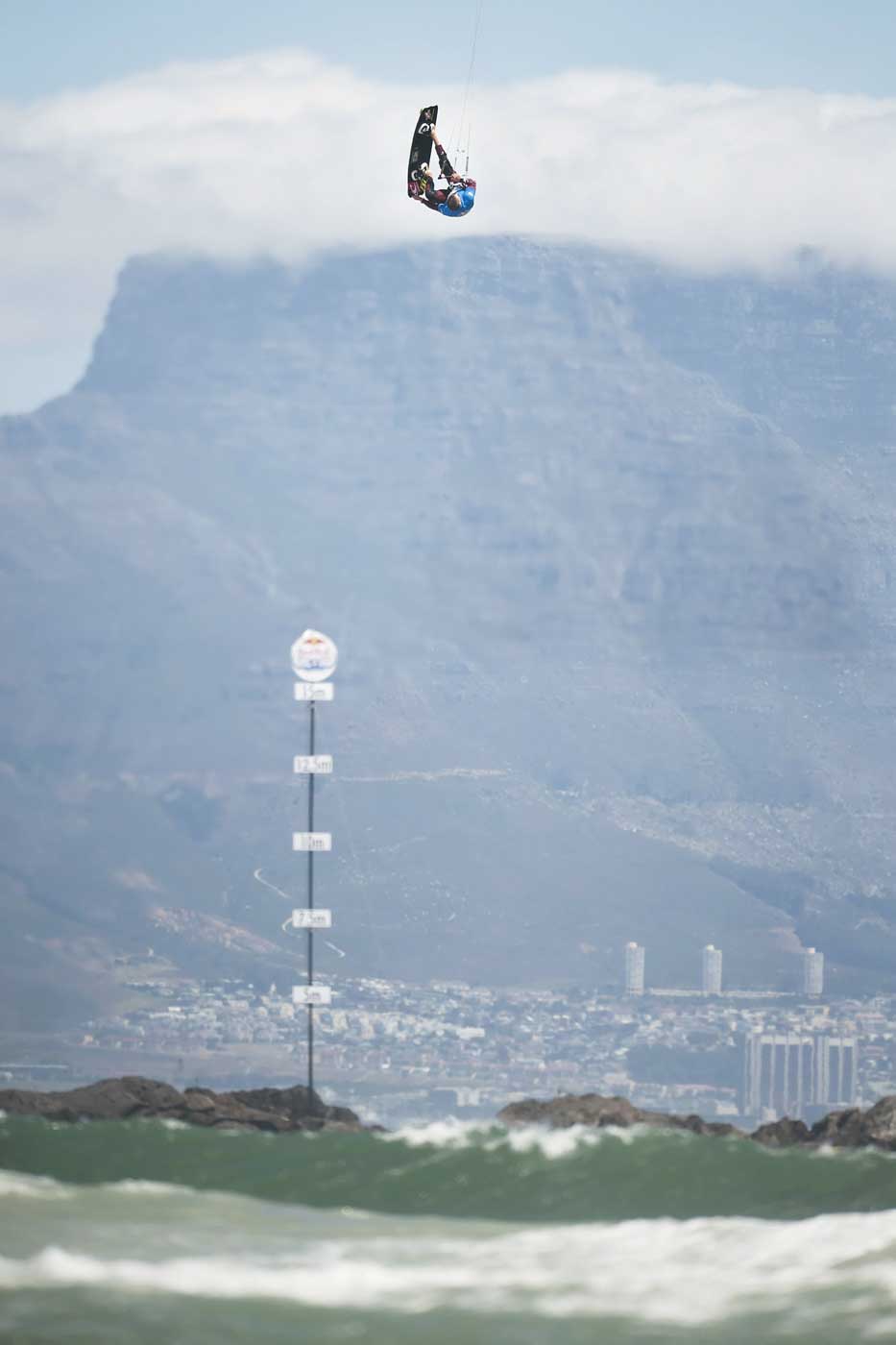 KS – Do you have any special strategies to improve your performance during your heats?

KL – Yes, I will just try to stay calm. I have my family here, my girlfriend and a lot of friends on the beach which all support me – which is one of the most important things. I want to give them a huge thank you.

KS – You recently broke Aaron Hadlow’s height record, and then he went out on the same day, jumped higher and broke your record. Would you say he is your biggest competitor?

KL – It’s great having Aaron as my competitor. We’ve been going up against each other for so many years at the PKRA and now we’re doing at the King of the Air and of course the WOO competition. I think it’s great, it keeps both of us on top of our game and I think it’s a very healthy competition.

KS – Is there anyone else you will be watching out for as your competition?

KL – You know what, you need to keep an eye out on everyone because everyone is a potential winner. There could always be a wildcard that comes out and wins or a rider that has been doing the King of the Air for 4 years and wins.

KS – You come to Cape Town every summer to visit and train, do you think this gives you an advantage over the other riders who are not here as often?

KL – I think so yes. I have been coming here for the last 11 years so that’s quite a long time. This almost feels like my second home. Even though I have a Dutch passport, Cape Town feels like home. I know the conditions pretty well here so that might help me a bit.

KS – Describe your ideal conditions for the event day?

KL – Well it’s gotta be strong of course, that’s rule number one. South-Easter and we’re hoping for like 3 or 4m waves; that would be ideal. In 2014 we actually had the most ideal conditions – that is how we all want it. Hopefully we can have another day like that.

KS – What gear will you be using on the day?

KS – What other events have you got coming up in the year?

KL – Hopefully a couple more big air events that are a part of the World Tour. 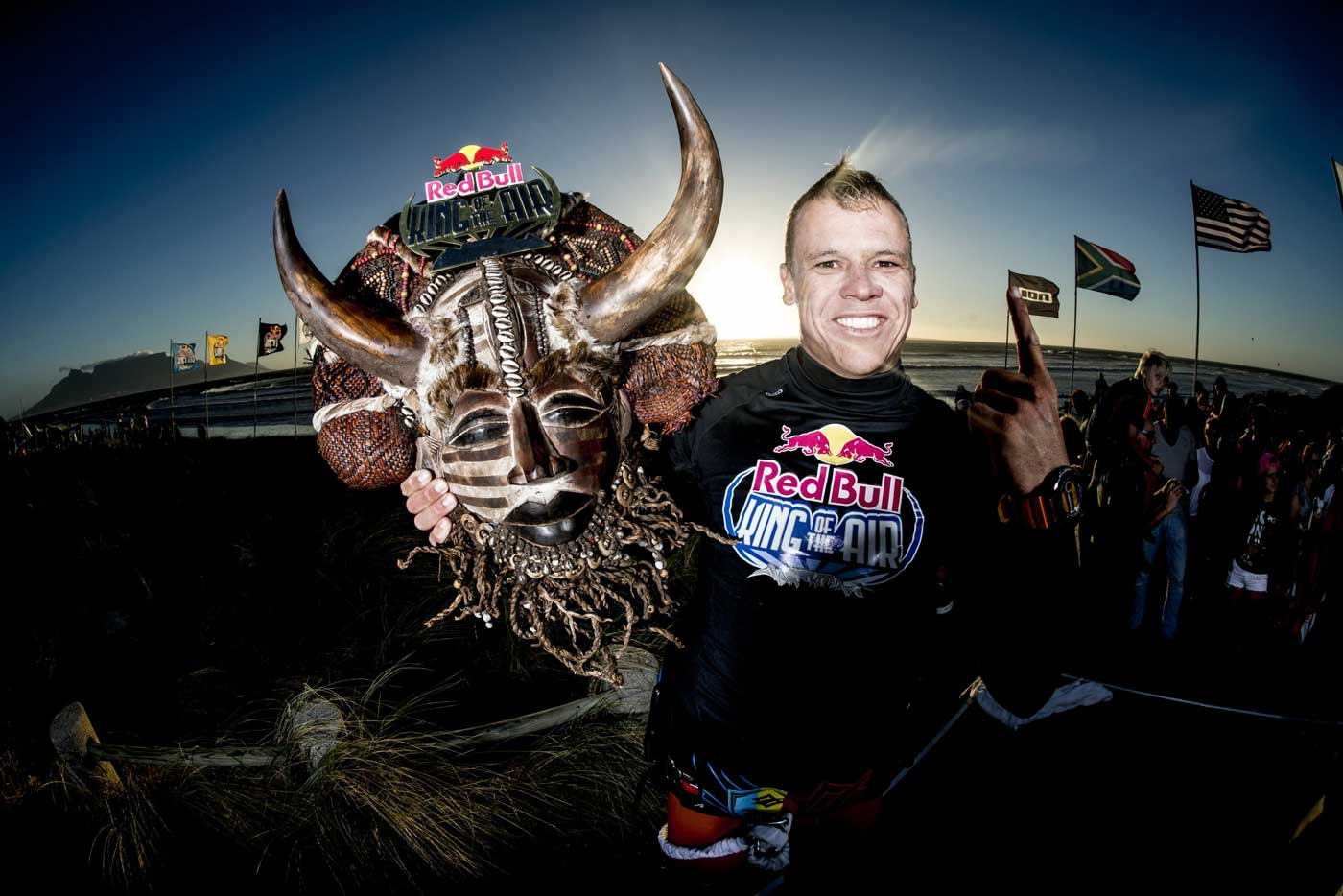 KS – You are often seen travelling and kiting with your sister, would you say she is your biggest supporter?

KL – Oh yeah she’s my biggest supporter, I love travelling with her. She is a great motivation and inspiration to me. She is great company and we both have the same vision about the sport to be on the water as much as possible. It’s great to share that with a sibling.

KS – Besides kiting, what else do you do in your spare time that others might not know about you?

KL – I’m on a plane if I don’t kite. I travel a lot. I am on the road almost 300 days a year. Sometimes it can get a bit much but then you just need to step back and take it easy. But now is my time to shine so it’s all worth it.

KS – What advice do you have for the riders out there trying to make it big and take their riding to new heights?

KL – Number one rule is to keep on doing what you’re doing. Enjoy it and try to inspire people by your riding. It doesn’t matter what it is, if it’s waves or big air, hooked in freestyle, unhooked freestyle, it doesn’t really matter, as long as you’re having fun. 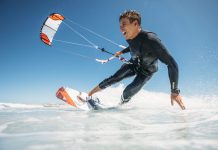 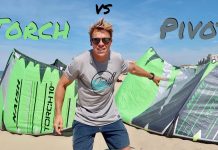