I stepped off the plane into the rainy night sky wondering what was to become of my two-month trip around Lebanon. I was there on a working holiday, so my employer welcomed me at the airport, which is always nice when arriving into a new place at night. It was a little nerve-wracking showing up in Lebanon, hearing and knowing about previous tensions in the region. Many people had told me that the Lebanese people had been feeling incredibly safe lately. They continued by saying that they had not felt that way in more than 12 years. The biggest challenge that I would face during my time in the region would be traveling to and from the kite school, which was situated just north in Tripoli. Syria was unstable to say the least. It is not easy to physically and emotionally prepare yourself for what was seen and experienced during the work period. However, the continuous optimism of the Lebanese folk put my mind to ease, or at least to some extent. One guy I met said he had not been able to travel north of Tripoli since his childhood days and was finally able to look forward to exploring potential kite spots up there. The positivity and hopefulness acted as my fuel to gather the courage and confidence to do what I came there to do, run the local kiteboarding school.

“Lebanon is unfortunately caught in the middle of the conflict between Syria and Israel. Generally Lebanese people are friendly and laid back completely not what you would expect in a war torn country. “

Driving from the airport to my hotel in downtown Beirut I saw nothing but signs of wealth, fancy cars, estate homes and nightclubs. Dragging my 67 kilos of kite gear up the marbled entrance to the hotel I was shocked when I saw the foyer. It was modelled after a 1930’s Parisian hotel complete with gold trimmed wainscoting and eighteenth century furniture. The hotel room itself was basic, but it was all I could’ve possibly asked for: Clean with a stunning view of Lebanese cityscape.

My new boss decided to take me out for a bite to eat and meet my co-workers. So after a quick shower I got ready for my first traditional taste of Lebanese cuisine. I have always loved Lebanese food. One of my favourite restaurants growing up was The Mint in Victoria, British Columbia, Canada. It is an underground style restaurant that hosts awesome dj’s and serves food until 4am. Anyway, we met at this very trendy place behind a popular hostel. People were smoking Shisha, eating multiple plates of delicious food and listening to modern hip-hop. I was so surprised to see people enjoying themselves and being social not hiding and living in a war zone. It had such a positive vibe. My first impression of Lebanon was completely opposite of what everyone warned me about. We found a picnic table large enough to fit all of us then the boys went off to order a selection of local dishes for me to try. It’s customary in Lebanon to order a whole selection of tapas style dishes and share amongst your friends. The first thing I tried was the kefta, a deep fried ball of lamb. The flavours were strong, yet well balanced. After living off of fish, rice and beans for years my taste buds welcomed the change. One of my all time favourites was amongst the flurry of dishes: Hummus. It was a little different than the hummus I’m used to, but this one was mild and less garlicky, so it was great! I tried to carve my way through the dishes, as they never seemed to stop bringing more food. Dish after dish after dish.  However, my big eyes and small stomach got the best of me. I had to call it quits. I waddled my way back to my hotel as quick as possible to ensure that I was in bed by the time the food coma set in. It was a wonderful start to a wonderful journey.

The next day I set off towards Tripoli, a ‘no non-essential’ travel zone—according to the Canadian embassy.  This is where the kite school was located as it was the best spot for the wind direction without being rocky and dangerous. I was a little nervous as the cityscape came into view. Hundreds of derelict, war torn skyscrapers lined the entire bay and armed soldiers guarded our entrance to the city. The drive was an emotional roller coaster. You hear about refugee camps on the news and you see them through filtered lenses, but when the strainers aren’t there, it’s raw, it’s real, and it’s heartbreaking. It was so tough to see so much unrest and discomfort. These camps were filled with people on the run. Running out of fear, removed from their home country, finding shelter in a foreign and strange land. I felt helpless, but also motivated to make my time count and make a difference in my own little way.

Passing military checkpoints is a normal occurrence in Lebanon. Every time you leave or enter a district you need to pass through one or two of them. Near the end of my stay these check points became dangerous hot spots. In August, a government official’s convoy, on its way to Beirut, was bombed as it passed through a checkpoint. Luckily the official escaped unharmed, but many innocent bystanders were injured. I could not help but think that every time a fleet of Black SUV’s were passing a checkpoint near me it was a potential bombing. My perception of black SUV’s is therefore not positive.

The kite school was to be set up in a timeworn, deep-rooted Muslim hotel. The beach was basically loamy dirt, but had plenty of space to launch and land, that is until hundreds of locals came to play in the water. It was tricky trying to teach kite control on a crowded beach of people, especially when they haven’t the slightest clue of what you are doing. The wind was primarily onshore and on days the shore break was hectic. We had a jet ski to take people out to sea but it was a 4 stroke and nearly impossible to drag up the beach everyday. The overall conditions were extremely challenging, but sometimes in life one needs to take on new things and experience new challenges.

Running a kite school in a Muslim city was a unique experience. The guilt I felt being on the beach in my bikini whilst these poor girls were fully covered from head to toe swimming and playing was endless. I kept thinking about how unfair it is that religion restricts people from enjoying the simple pleasures in life feeling of the warm sun on your skin. This is until I learnt about ‘women-only beach days’. Every Monday and Wednesday the beach was completely closed off to men, not even a prying eye. During these times the women went crazy. Blaring music, dancing, and smoking. All whilst wearing bikinis! It was so cool to see the women letting loose and loving life. I feel very fortunate to be one of the few people who have ever experienced the Muslim culture behind closed doors. The women were so friendly, happy and never once made me feel out of place.

My first month there was fun, to say the least. Trying to get used to the absolutely insane and dangerous highways was an experience in itself. I’ve traveled to a lot of countries and seen bad driving, but nothing compared to this. The two-lane highway would often host 3 – 4 cars forcing third and fourth imaginary lanes. The lanes also included suicidal motorcyclists weaving in and out of traffic. Often you would see a car drive into oncoming traffic down the hard shoulder without a care in the world. When we asked a local why they did this the answer was priceless. “The gas station is on that side of the highway and it’s too expensive to drive around”, this mentality pretty much sums things up. Driving was not for the faint at heart.

Lebanon is home to some of the oldest and most important historical sights in the world. Luckily enough I took a day trip to Baalbek before it was unsafe to travel. There are a few different ways to travel there, but I took the scenic route via the Cedar forest, which are the only cedar trees left from biblical days. This forest is home to the sacred trees mentioned in the Bible. Sadly there are only a handful left and the hills remain deserted and baron. Baalbek is home to one of the oldest and largest Phoenician cities. It’s famous for its six fully intact-still-standing columns. The six columns stand 20 m (65.62 ft) tall and weigh more than 300 tons each. You only really realise the ingenuity of the Romans once you are standing in the shadow of this architectural feat.  This ruin site is also famous for the well preserved Temple of Bacchus, built for the Roman god of wine.  As you walk down the rubble of fallen ruin walls displayed amongst a backdrop of war-torn derelict buildings you see how amazing it is that a 150AD century building is still standing in good condition when so much destruction surrounds it. Entering the Temple you see beautifully carved entablature of past lives lived in that city. Reading these walls brings you back to a time long ago, which is not that uncommon to what’s happening today in Lebanon (with the exception of internet and Adidas.)

Shortly after this trip things started to change. We heard more and more helicopters flying overhead and RPG’s being fired off at random moments. The thing about celebratory gunfire is that… what goes up must indeed come down. You don’t want to be outside chillin’ out when suddenly it starts raining bullets. The day it all changed was the first day of Ramadan. Attacks on military officials started and so did small unnecessary acts of violence such as murder for food. The mood of the place changed from relaxed and joyful to volatile and fearful. People who were coming up to Tripoli for kite lessons from Beirut were now cancelling because they were afraid of getting caught in a protest or random acts of violence. School activity became very slow and I started to think it was time to make a move. One of the last days I was teaching was the final straw on my decision to get out of the country. I was in waste deep-water teaching kite control when a car bomb went off near the mosque during Morning Prayer. We could hear the beautiful intonations from the mosque every morning, which was pretty cool. Shortly after this bomb went off, helicopters started flying around and we heard gunfire all day long. This was just too much war for me. It was interesting to be in the middle of it and feel relatively safe, but there were little things plaguing the back of your mind like going grocery shopping during the day. It got to a point where I would doubt simple everyday actions and whether those actions would attract unnecessary violent attention.

After two months in Lebanon I decided it was time for me to go. It was an experience I would not forget. I highly recommended that you, when the dust resettles, visit Lebanon. It is a truly beautiful place filled with beautiful people, inside and out. 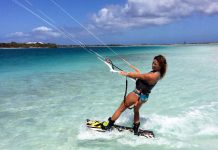 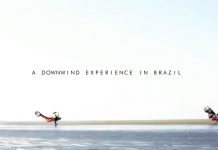 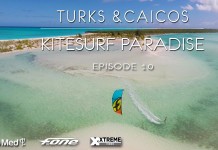