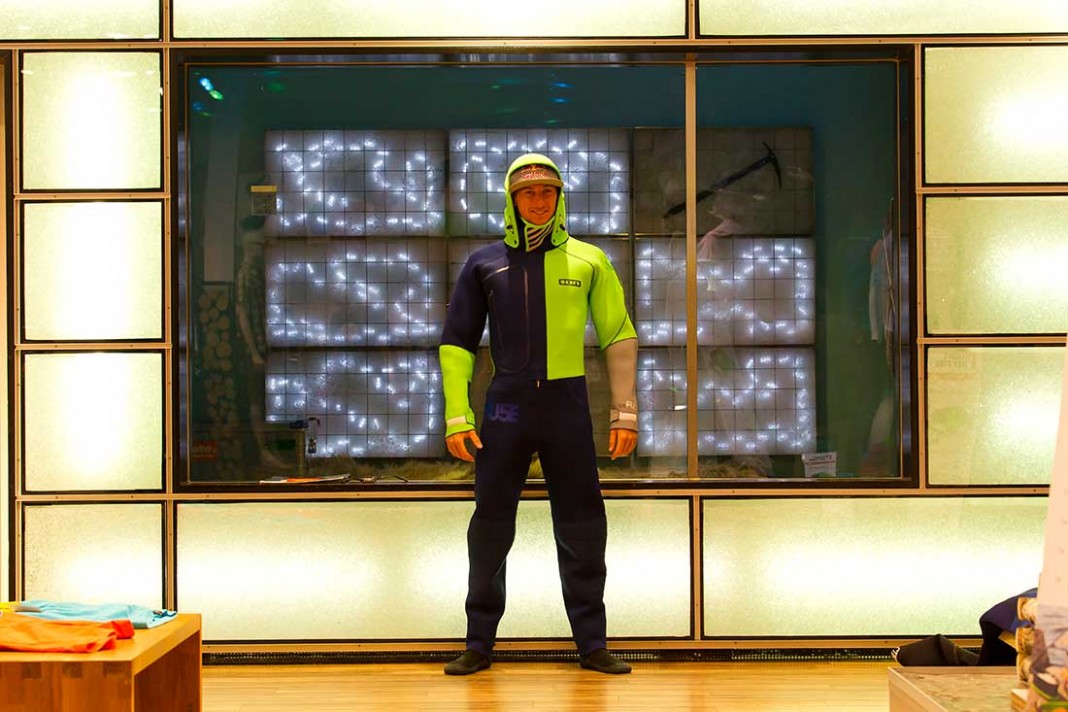 “What should I do?” says new Team Rider Aaron Hadlow, not quite believing the project that it pitched to him.  After little thought, the winner of the PKRA World Cup in St.Peter-Ording instantly agrees to test the new Autumn / Winter wetsuits in an ice cold chamber.

We found a cold chamber in the outdoor specialists store, Globetrotter in Hamburg.  In addition to the average water temperature of -9 degrees, the cold chamber is equipped with a wind machine, making it frostier than ever and even harder to stay withstand the bitter conditions.  Normally customers use the chamber to test outdoor jackets and pants, Aaron was going in to try out a variety of wetsuit concepts.

The time that we start testing wetsuits is dictated by the seasons.  As the latter half of August  approaches days become shorter and the sun less frequent, and with the imminent approach of cooler weather we get in the right mood for testing.

Wetsuit concepts on the market come with huge diversity amongst models, so it’s often hard to select which one is suitable.  You can roughly group them into four groups.
Double Lined Wetsuits
Hybrid Wetsuits
Skin Wetsuits
Neoprene Drysuits.

In order to compare these wetsuit concepts, we decided to select wetsuits from one brand, ION.  In addition to this, we wanted to guarantee optimum comparability so we chose suits with a thickness between 5/5mm and 5/4mm, also ranked in the so called AMP level.  AMP reflects a similar price and quality level.  To add a little more detail, this means that the best and lightest neoprene, ‘V-Type’ was used for all AMP level suits.  These suits are all internally lined and equipped with warm and stretchy jersey material, ‘Sanitized’ and come with sealed, glued-blind-stiched seams.  In addition to the suits mentioned above, we also tested the heavy duty drysuit from ION, the ‘Fuse.’

Aaron tries all four of the wetsuit categories consecutively to determine his own ‘Brrrrrrrrrrrrr” factor.  Considering Hadlow is British he was the perfect contender to see how long he could last in the cold chamber.  So what were the results?

“ The 5.5 Strike AMP was a great all-rounder. It has a constant thickness throughout making it very warm as many other suits thin out around the joints.  It is all double skin, so it has great flex for its thickness of 5.5.   This material does tend to soak up some water so you can experience some cold wind chill. It also comes with separate ankle ties.”  – Aaron Hadlow.

“The Hybrid AMP 5.4 has very good movement and flexibility. The mix of single and double skin is the perfect compromise between warmth and flex. During the test it was colder than the others although once wet, I don’t think the difference in wind chill temperature would be as great. It was very easy to get on and off.  The ankle ties were separate velcro pieces and although I think they are more effective than the built in option they can be easy to loose.  This wetsuit is great for cold waters but for extreme conditions this may not be the best choice.” – Aaron Hadlow.

“The Quantum had the least movement out of the three skin suits because of its thick, single skin material. The Quantum was also the warmest skin suit over all three temperature readings and was the fastest to recover the body from the extreme, cold temperatures.

One test we did not do but is important to consider, is the wind chill factor when wet. The single skin repels water and does not soak it up, which would make  a dramatic difference in temperature if tested against the other suits.  The rubbery material of the single skin has less stretch and more friction, making  it a little harder to get on and off around the wrists and ankles.

Built in velcro ankle ties stop water rushing up the legs, which in my opinion,  I think this is the best option for general riders as the external/seperate velcro ties are easy to loose. For riders wearing boots, the extra material maybe to bulky and uncomfortable inside the boot.” – Aaron Hadlow.

“Hands down the warmest option! Using the hood keeps in extra warmth in and leaves you less exposed.   The added option to stay even warmer was given through the  extra layers underneath.

The Fuse was hard to get on around legs and you can’t do the zip up on your own.

As it is not skin tight,  it allows for a lot of movement although for some, it maybe a strange sensation having baggy neoprene.” – Aaron Hadlow.

These temperatures are the measurements of exposed skin during each period, not from inside the wetsuit. (rounded to 0.5 degrees C)

“Although the Hybrid was the coldest throughout the test it, was my favorite.  I liked the flexibility around the arms and the easy of getting in and out, not to mention the movement is great. In some areas of the  test it was noticeably colder but when wet, the wind chill around key areas would be less due to the single skin material repelling water from chest area for example.

The choice is different for everybody depending on how active you are on the water and what you do whilst you are out there. It is a balance of warmth and movement depending on conditions and discipline.  I chose this wetsuit because I am very active on the water so I keep warm from inside. I also need good arm movement for handle passes and the standard ankle so that the suits is comfortable in my boots. I also like to get in and out of my suit as quick as possible so the Hybrid is the choice for me, although, for extreme cold conditions I would have to reconsider my choice.” 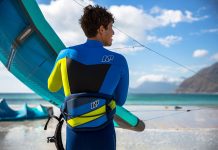 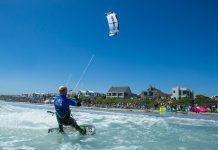 Amazing video of the Red Bull King of the Air 2017 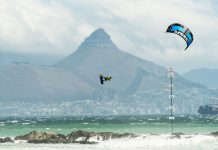